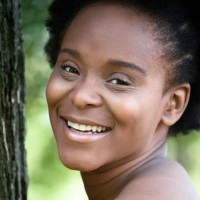 Mondisa looks forward to a career as a producer and director at her own production company, Mondisa Monde Productions. In February of 2007, Mondisa sang at New York City's Carnegie Hall in the National Choir Festival, where CHS was one of four choirs invited to perform. In 2006 Mondisa was a member of the choral ensemble in CHS's Joseph and the Amazing Technicolor Dreamcoat and in 2007 she was a cast member in Beauty and the Beast. She was also a cast member in CHS's Playmakers, The Suessification of Romeo and Juliet and This is a Test that same year. In May of 2007 she was initiated into CHS's Thespian Troupe #1043. In June of 2007, she was cast as Sarah in the Champaign-Urbana Theatre Company Student Production of "Ragtime", where she and her co-star (Daniel Walls) was nominated and won a Ginny Award for the Most Outstanding Musical Performance for "Wheels of a Dream". In October of 2007 she was in the ensemble cast of Man of La Mancha. In April of 2008 Mondisa was cast as a Thespian in CHS' Playmakers, High School Musical. Also, in April of 2008, she placed first in the Contemporary Vocal and Dramatic categories of the local NAACP ACT-SO Competition and had the opportunity to compete on the National level in July 2008 in Orlando, FL. In June of 2008 Mondisa was cast as the old lady, Leigh, in the CUTC Student Production of "Bye, Bye Birdie". In September 2008, she placed second in Prairie Star Search, which was hosted by Champaign-Urbana Chapter of Sweet Adelines. In spring of 2009 Mondisa was cast as Ethel McCormack in CHS production of Footloose. She was in the ensemble cast of CUTC Student Production of Les Miserables. In July of 2009 Mondisa competed in the NAACP ACT-SO Competition in New York City in Dramatics. She and Daniel Walls had an ensemble role singing "Wheels of a Dream" in the Kathy Murphy Tribute Performance in the summer of 2009. In October 2009 Mondisa played a Narrator in CHS Aladdin Jr. In April 2010 Ashley will be performing as Brenda in CHS performance of The Pajama Game. In June of 2010 Mondisa was cast as Laura in The Music Theater Company's original Young Artists' Program Production of Happy Foods. She was recently seen in the straight play Don Juan Comes Back from the War at Columbia College Chicago, representing as the only freshmen in the show. Mondisa was a member of the CHS Speech Team and advanced to the State Finals in February 2009. She received the CHS Speech Teams Performer of the Year Award in 2009. That same year Mondisa won first place at the CHS speech IHSA Regional. Again, in February 2010 she advanced to the State Finals for the speech team held in Peoria, IL. In March 2010 she received the Performer of the Year Award and the Senior of the Year Award. Her name appears twice on the State Qualifiers plaque, once on the Senior Award plaque, and once on the Regional Champion's plaque. Mondisa received the Steve Goss Award, for dedication to the band program, at Centennial's Senior Awards Night during a band concert in May 2010. She also received the Student of the Month Award from Champaign County Rotary in April 2010 and the Student of the Year Award in addition to a $200 monetary award from the same organization in May 2010. Mondisa was also a Drum Major for her high school's marching band. She received Academic Award Letters in 2008, 2009 and 2010. She has attended the Women in Engineering, G.A.M.E.S Camp and WYSE Camp at the U of I. started Columbia's show choir this past fall of 2011 and performed as Eartha Kitt in Columbia's Painted Black singing Ces Si Bon fall 2011. In spring 2012 Mondisa joined the XC3ND: Columbia College Show Choir Board as Vocal Director. Mondisa now focuses on her new production company, Mondisa Monde Productions , as CEO and Founder of the company. She is currently directing and producing on a new original musical, Eyes and Ears the Musical, with Austin McKenzie as the writer of the show. The show will be running in April 2014 at the Gorilla Tango Bucktown Theatre. Mondisa graduates May 2014 in hopes of continuing her production company and reaching the world with art.