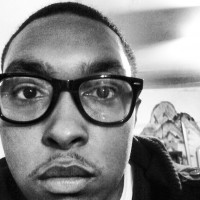 Arts Entertainment and Media Management Student at Columbia College Chicago with projected graduation date of May 2013. I've taken different classes to help me obtain knowledge about the field that I want to work in. Through my Accounting Finance Entertainment Law and different Management classes I was able to pick up skills essential to running a successful business and keeping it organized. I've also taken Marketing and Entrepreneurship classes to help develop my leadership abilities, and now after taking all of these classes I'm ready and willing to put these skills to work. My professional history to this point has been customer service based with working at companies such as PLS Loan Store, Enterprise Rent-A-Car, and Macy's. I've been able to implement what I've learned at Columbia College Chicago more so with my Personal Professional Career as a Recording Artist.

As a Recording Artist

I made my first major move by opening up for T Pain in the end April 2008 along with others such as Ghost Definitely and Shawn E. at the Rave Eagles Club in Milwaukee a few hours from Chicago, and also up opening up for Lyfe Jennings at the same club.

In March 2009 I ended up on Chicagos number one Radio station 107.5 WGCI with the song Flow So Cold with a sample of Kanye West verse on the lollipop remix as the hook. DJ Timbuck 2 featured the song while he was djaying on Go Ill Radio. Later on the same year he would play another song from us entitled StaXXX on Deck.

I've played at various venues around the city of Chicago such as Subterranean, Ibar, The Victor Hotel, Adrianna's, and the First Midwest Amphitheater.
The Highlight of my career thus far was opening up for Nas, Damien Marley, Busta Rhymes, and The Wutang Clan at Rock The Bells in the summer of 09'.